Santiago de los Treinta Caballeros or First Santiago de America, as the natives of this beautiful Dominican city proudly call it, is the second most important and urban city in the Dominican Republic. Santiago is located in the province of Santiago, Santiago de los Caballeros is the second city of the Dominican Republic, on the Caribbean island of Hispaniola. This city, which is one of the oldest in the country, is home to some 600,000 inhabitants. Of the 70 km2 of metropolitan area 36 km2 are urbanized. Santiago de los Caballeros is integrated in the center of the Cibao Valley and is the economic and cultural center of the region, predominantly the textile manufacturing sector, rum and tobacco production, agriculture and services.

In 1495, Cristobal Columbus founded, during his first trip, the fort of Santiago, in the north bank of the river Yaque of the North. In 1506, the town that forms around this one is transferred to borders of the river the Jacagua river. In 1562, Santiago is destroyed by an earthquake. The survivors settle on land belonging to Petronila Jaquez Viuda Minaya, adjoining the Yaque del Norte River, current location of the city. Santiago has witnessed important historical events. It is worth mentioning the Battle of March 30 (1844) or Battle of Santiago, with which Dominicans consolidate their independence from the neighboring Republic of Haiti, and took place in the present Park Imbert of this city. It is also important to say that it is the first city in America to be called by the name of Santiago. It was capital of the Dominican Republic during the War of the Restoration (1863-1865), Santiago has counted on important personalities that in the political, economic and social field of the country

Economy of Santiago
The urban area of ​​Santiago de los Caballeros is the second city in economic importance of the nation and the main center for the exchange of goods and services throughout the Cibao. The economy of Santiago has a GDP (PPA) of US $ 10.8 billion (14% of national GDP) and a GDP (PPP) per capita of US $ 10,793; Which make the city the richest in the Dominican Republic after Santo Domingo. The economy of Santiago is sustained mainly by the commercialization of agricultural products and finished goods, production of goods in free zones, and by trade. In the city of Santiago are located branches of the main stores, supermarkets, restaurants and financial institutions of the country. The city also has several shopping centers.

In 2002 the new Cibao International Airport (STI) was inaugurated in the Uveral section of this province of Santiago. It currently receives daily flights from New York, Newark, Miami, San Juan, Panama, Havana and, soon, from Boston, Ft. Lauderdale and Caracas.

Education
In the area of ​​education, Santiago has a large endowment of basic and secondary education centers, as well as two technical-vocational education centers. It is home to two important private universities: Pontificia Universidad Catolica Madre y Maestra (PUCMM) and Universidad Tecnologica de Santiago (UTESA), and has an enclosure of the Autonomous University of Santo Domingo. Other higher education centers present in Santiago are: the Open University for Adults (UAPA), the National Evangelical University (UNEV) and an extension of the University Organization & Method (O & M). 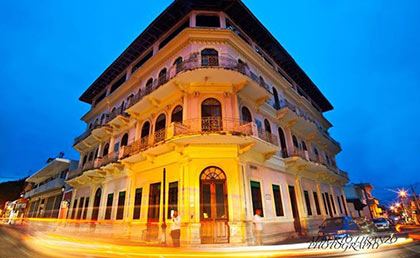 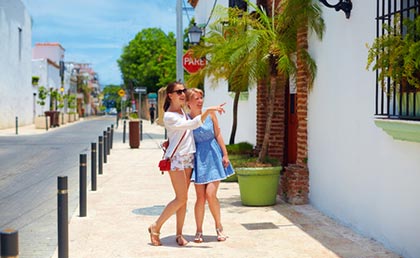 Colonial Tour and Travel has prepared for you a wonderful program of cultural tours, ecological and tour of the city that you can do from Santiago. Book a tour now!.  Book a our now ! 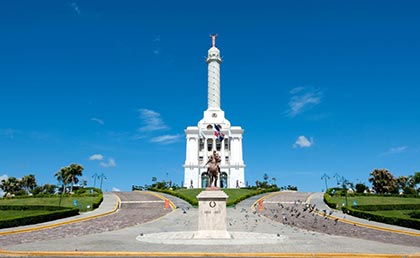 Of 70 meters high in the hill of Castillo, the center of the city, is the most emblematic monument of Santiago and the most important tourist attraction of this progressive city 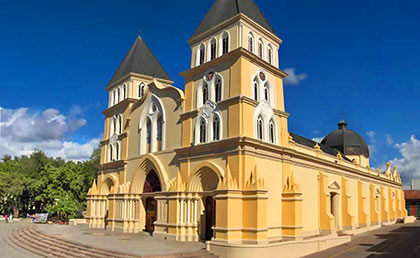 Built in 1868, it is a Catholic, baptized in honor of James the Greater, disciple of Jesus, son of Sebedeo and Salome. It is of eclectic, Roman and Latin style. 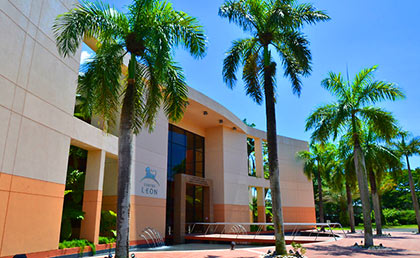 It is an important museum of Santiago, with permanent exhibitions of Dominican anthropology, visual arts and history, Dominican and Caribbean culture 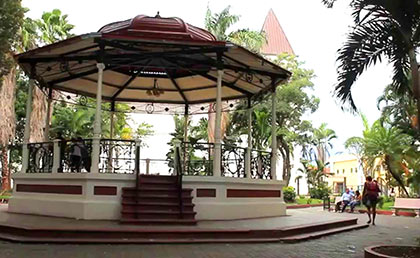 Duarte Park is the most important park in the city of Santiago de los Caballeros, and one of the oldest in the Dominican Republic 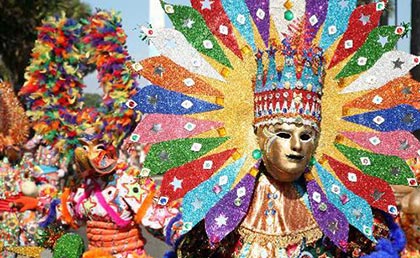 The Carnival of Santiago, is one of the most important cultural manifestations of Santiago, in honor of San Santiago, Corpus Christi and Carnestolenda. 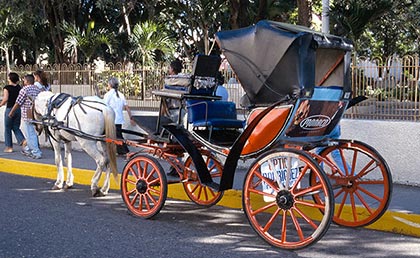 The horse-drawn carriage ride in Santiago, is a tradition dating from the nineteenth century and is the city where this beautiful tradition is most vividly preserved

La Aurora is one of the most recognized brands of tobacco worldwide, with a production of enormous diversity. Colonial Tour and Travel included in your tour to Santiago

Monument to the Heroes of the Restoration
Located at the entrance of the city, has a height of approximately 70 m. Is a monument located in Santiago de los Caballeros, Dominican Republic. The "Monument to the Peace of Trujillo", as it was originally called, was erected on the orders of the tyrant Trujillo in his honor. It was designed by the architect Henry Gazon Bonn. Its construction began in the year of the centenary of the National Independence (1944), with its first picazo on April 30 of that year by Governor Isabel Mayer, and it was concluded the same year to commemorate 100 years of Dominican independence. To the fall of Trujillo, was given the name of Monument to the Heroes of the Restoration, that conserves until the date. It is located on the top of a hill in the eastern part of the city. The Monument is a tower about 70 meters high, partly covered in marble. Inside there are murals commemorating the famous Spanish painter Vela Zanetti, and a staircase with 365 steps that reaches the top. Its ornamentation is made up of a series of cornices of artisan, in harmony with all the work completing the set with elegant columns Ionic style with marble floors and baseboards, in addition to the famous crystal lamps of Roca.

Horse Carriage Ride
One of the most beautiful traditions of Santiago conserved until now, the cars pulled by horses; Before, important means of transport. They are currently stationed near Columbus Park, Cuba Street, Monumental Avenue, in front of the Cibao Theater and in the Duarte Park at 30 de Marzo Street.

Modelo Market
The Sun street,  this is a shopping center where there are varied shops of handicrafts and native items made by hand. It is located on Calle El Sol. Santo Domingo also has a substantial Mercado Modelo which is suitable for visitors.

Museum of Folk Art Tomas Morel
(Restoration Street) In this place you can admire articles related to Folklore and everyday aspects of the home life of Santiago from the colonial period up to 1960. It contains a collection of piglet masks, representing the carnival Santiaguense It is located on the street Restauracion.

Center of the Culture of Santiago:
It is as its name indicates, the place where the cultural manifestations and activities related to the fine arts meet. There are always in this cultural center exhibitions of paintings, sculptures; Performances of theater, ballet, concerts, among others. It also functions as a center for teaching art, in its different manifestations. It is located on El Sol street corner Benito Moncion.

The Tobacco Museum
The Tobacco Museum presents tools and photographs that illustrate the history of the tobacco industry in the Dominican Republic. During the hearing all details on the cultivation, harvesting and processing of tobacco and cigars are explained to the visitors.

The Duarte Park
It is the largest park in the city of Santiago, where people come for a walk and relax with the family. Cultural and artistic activities are regularly organized. This is a symbolic place of the city.

Kaskada Water Park
This is one of the largest water parks in the Caribbean is the perfect place to spend a family day out. The park has slides, pools, bars and restaurants. Many residents of Santiago and its surroundings come to have fun in this tourist attraction for the family.

The ruins of Jacagua
These are the ruins of the creation of the city, also called the old Santiago.

The Eduardo Leon Jimenes Cultural Center
The center is dedicated to Dominican culture in general. Its mission is to make known the art and culture of the country through cultural and educational programs