"Coco Bongo Downtown in Punta Cana is a wonderful place to spend the night after a spectacular sunny day on the beautiful beaches of Punta Cana, Bavaro or Cap Cana, without a doubt the nightlife of Punta Cana has changed with the arrival of Coco Bongo "- Colonial Tour and Travel

Coco Bongo Punta Cana, has just settled in Punta Cana, the beach area par excellence of the country and deserves this new entertainment center. Here the nightlife will have a significant change. It was inaugurated in November 2014. Incredible live shows combining cinema, theater, musicals, disco, videos, acrobatics, technology, actors, public, surprises. Coco Bongo is strategically located in a centralized area of ​​the Bavaro, Veron, Punta Cana area that offers the huge exhibition of the many nearby hotels, amenities and the local Punta Cana International Airport.

Coco Bongo is a guaranteed experience for those looking for a nighttime attraction after a day at the beach and also offers its visitors an unsurpassable experience, from educational trips, various options to consume and ecological tourism, all in one place. Punta Cana officially received Coco Bongo number three, and the first one outside of Mexico, a reference of fun and tourism similar to Cancun, birthplace of the franchise for 16 years, detailed its promoters. His shows also include professional acrobats, dancers and actors

Coco Bongo nightclub
With its three levels, tiered, the nightclub dazzles from the same entrance into the new Downtown. From the outskirts, stands out for its characteristic construction of 4,016 square meters, 535 of them available to the public. The show is characterized by an impeccable display of lights and sound, coupled with precision in musical times and projected images. Coco Bongo is a disco and is a show. In addition to the atmosphere of booze, loud music and music that sounds, people are amazed at the theatrical spectacle they see and they are perfect samples of musicals reminiscent of Broadway or Las Vegas.

They are several shows in which between one and the other sounds the current music and that has in a gigantic screen placed to the front (the biggest of the whole area) its main focus of attention by the size that leaves the images and the combinations that does The DJ.

Musicals in Coco Bongo Punta Cana
Each show provokes applause and approval phrases from the crowd.
Coco Bongo becomes wonderful for its live musicals, themed and that imitate the stars of the world music or are referents of "sountrack" of famous films. "The Mask", "Moulin Rouge", "Chicago", "The Phantom of the Pear", "Batman", "Spiderman", "Tron" and "Saturday Night Fever" are fantastically recreated by combining live talents, videos And other technological resources.

The same happens with imitations of Beyonce, Madonna, Mickael Jackson, LMFAO, Jennifer Lopez and Pitbull, who are represented with great similarity in the four hours that the public receives the great dose of the show. The Brazilian carnival and the samba are also reflected in the musico-visual proposal in the macrodiscoteca with a body of dancers and music from that country. Those present witness a high level of production that does not waste any time or resources because even the waiters and the public are invited to be part of it.

The settings are so well done that the on-screen movies combined with the live performances lead to a unique experience between fantasy and reality. No matter how you write to try to convey what you live in Coco Bongo will not be enough compared to the vibe that everyone can feel in one of the nights he chooses to enjoy it. 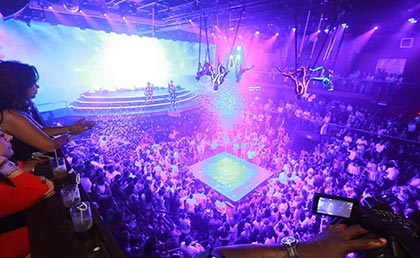 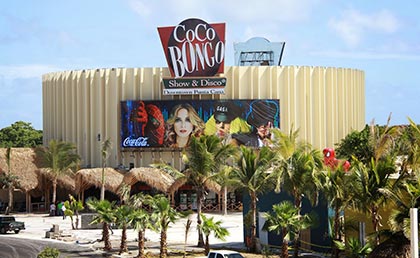 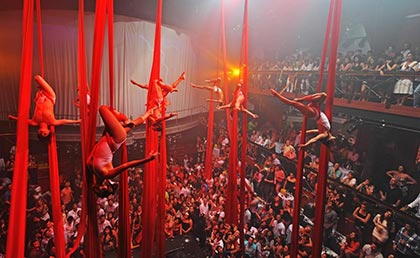 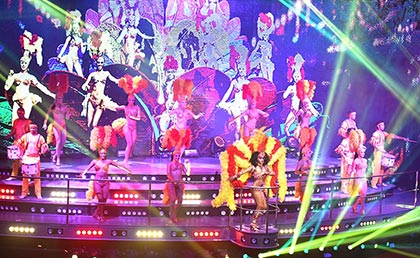 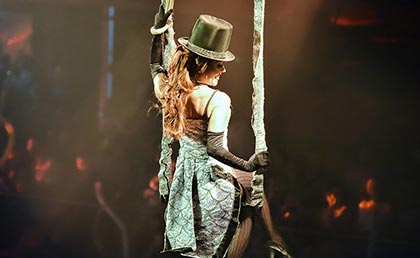 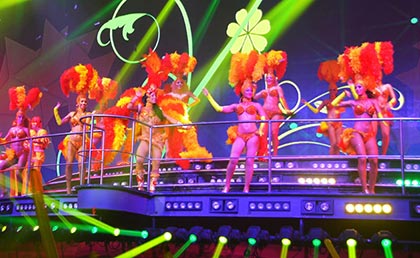 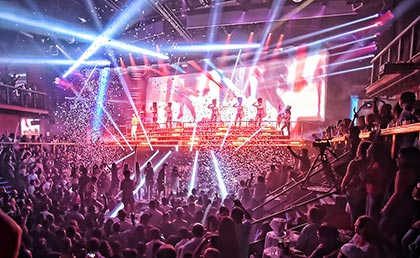 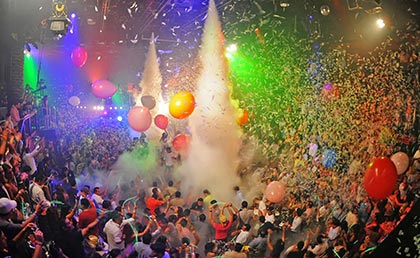