The hotels in Santo Domingo, capital of the Dominican Republic, are located in various areas of the city, Colonial Zone, Malecón de Santo Domingo on the Caribbean coast and in the metropolitan or financial zone, such as the avenues Winston Churchill, 27 de Febrero, Tiradentes Avenue, Abraham Lincoln. All the hotels in Santo Domingo have breakfast or breakfast and dinner plans, full board or accommodation only, in Santo Domingo there are no All Inclusive hotels. Most of the 5-star hotels have conference rooms, swimming pools, gyms and restaurants with an excellent gastronomic offer.

The Colonial Zone is the historic center of Santo Domingo, declared a World Heritage Site by Unesco. This is where the history of the new world begins. The old city has been recently remodeled and is full of historical monuments such as the First Cathedral of America, the first hospital, the first church, the Columbus Alcazar, there are also beautiful colonial streets, parks and houses. The Colonial City has a vibrant nightlife, full of bars, restaurants, nightclubs, cafes, pizzerias. In addition, there are numerous musical, artistic, theater and concert performances in different parts of this beautiful city, Cradle of America.. 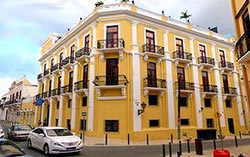 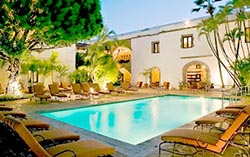 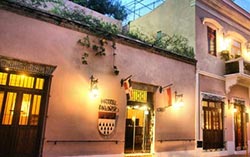 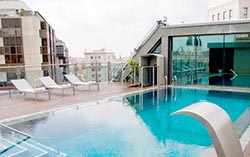 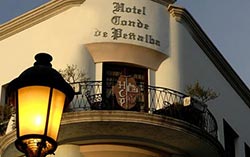 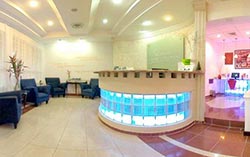 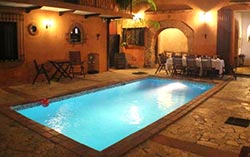 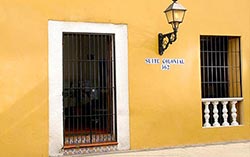 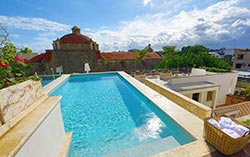 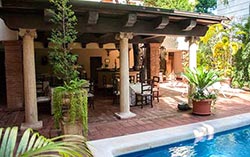 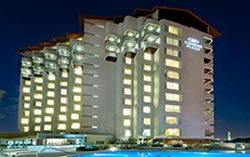 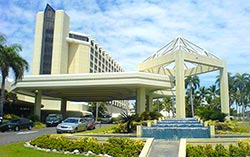 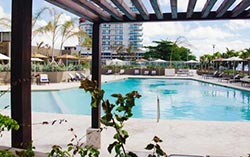 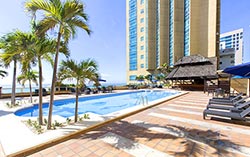 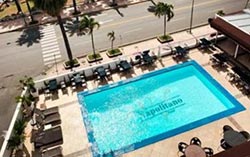 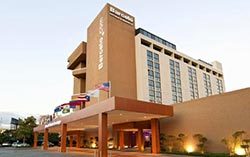 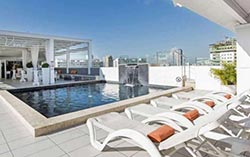 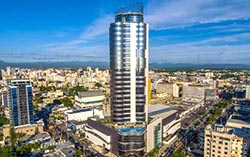 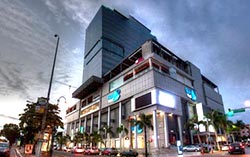 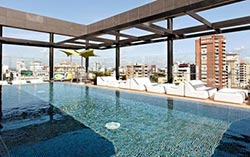 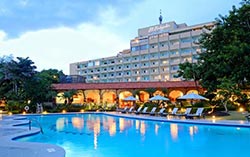 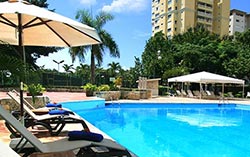 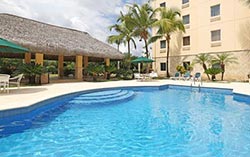 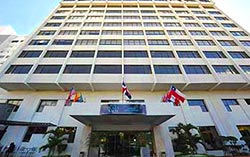 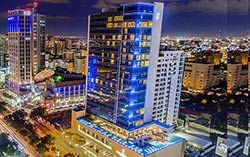 The beautiful city of Santo Domingo, first city founded in America and capital of Dominican Republic, is the most vibrant of the Caribbean; Is best known for its Colonial City, declared a UNESCO World Heritage Site. The city has more restaurants than any other metropolis in the Caribbean and Central America, Santo Domingo is also known for its vibrant nightlife. It is a city of events with live shows for the whole year in order to entertain its more than 3 million inhabitants. It offers live shows and cultural events in the city's public spaces: on the Malecon at the lake shore, in the Botanic Garden, in the San Francisco Ruins, in the Spain Square, in the "Torre del Homenaje" and in The Columbus Park of the Colonial City, among others. The cinemas are also available for rent.

Santo Domingo experiences great economic growth and this has led to attracting large hotel investments. The increase of rooms and new structures of hotels in the capital of Dominican Republic is unstoppable, with an average annual occupation of 70%. This city offers approximately 6,000 rooms distributed in 28 large hotels, and approximately 30 small properties, in addition there are other large hotel projects in phases of construction to be able to meet the tourist needs. Its hotel offer is based on business travel, convention tourism, large and medium hotels have conference rooms of different capacities. Santo Domingo also offers an easy connection to all the country's tourist destinations, a definite advantage in planning activities before and after a convention.