The visit to Haitises National Park is fascinating. It is an unforgettable tour where we will contemplate like few in the world. It is a paradisiac place that takes us to the time of the dinosaurs, by the way, in Haitises were filmed important scenes of the film Jurassic Park.

Haitises is one of the main ecological attractions of the Dominican Republic. Haitises constitute a karst or relief in rocks, limestone tropical in mogotes, characteristic of these climatic zones of the earth. In its external morphology it presents hills, corridors and valleys, and in its internal morphology cavities, some of great dimensions as those of coast. It is a dense coastal wet forest in the southern part of the Bay of Samana, is an immense reserve full of caves, Taino pictographs, humid forests, and hundreds of species of birds, many of them endemic. The characteristic that distinguishes this mystical place of the other parks of the island are their mogotes or "lomitas", that reach to reach the 40 meters of height, and cover the complete surface of the park. This phenomenon occurs because of the karstic geography of the region, and the trade winds that, when hitting the mogotes rise and produce rains almost every day of the year.

Haitises National Park is one of the crown jewels of the national parks system of the Dominican Republic. Haitises means "mountainous land" in Taino, and the Park feeds one of the few remaining tropical forests of the island. The park, which also has extensive mangroves, covers an area of ​​1,600 km/sq. A natural wonder replete with many keys and caves, the jungle there was used as a place for the movie Jurassic Park. It is easy to locate the endangered Ridgway Hawk, the Piculet Hispaniolan, the Hispaniolan Woodpecker, the Spanish Emerald, pelicans, frigate birds, herons and many other majestic birds in flight. Haitises National Park was created in the Dominican Republic through Law 409 of June 3, 1976, although already in 1968 Law 244 had created a Forest Reserve called Los Vientos de Haitises. Its limit and, therefore, its surface, has been modified several times and at the moment is indefinite. It is located, in great proportion, in the province of Samana (including part of the Bay of Samana) and is completed in the provinces of Monte Plata and Hato Mayor. Haitises means highland or land of mountains, although the set of hills or "mogotes" have heights that oscillate between 30 and 40 meters.

From the hydrographic point of view, Haitises and its areas of influence comprise two regions: the lower basin of the river Yuna and the area of ​​Miches and Sabana de la Mar. The Yuna flows through two mouths: that of Yuna itself and that of the river Barracote. In addition, the area includes the rivers Payabo, Los Cocos and Naranjo, and Cabirma, Estero, Prieto and others.

An important aspect is the geomorphological karstic formation that determines, among other things, a system of caves with samples of pictographs and petroglyphs such as the caves of La Reyna, San Gabriel and La Linea.

Flora
The flora of Haitises is characteristic of its two life zones: subtropical humid forest (Bh-S) and subtropical humid forest (Bmh-S). It preserves woody remnants representative of broad-leaved species, such as cabirma santa (Guarea trichiliodes), cedar (Cedrela odorata), ceiba (Ceiba pentandra), mahogany (Swietenia mahagoni), copey (Clusia rosea) and hojancha (Coccoloba pubescens). In addition, numerous species of orchids abound. The current vegetation of Haitises is for the most part forested. The land and the soil have allowed the development of some variants of the forest. The forests are distinguished among the mogotes, on a mineral soil with organic material, and the forests above the mogotes, on the rock and almost without mineral soil.

This park contains the largest sample of the Caribbean mangrove, in which species such as red mangrove (Rhizophora mangle) and white mangrove (Laguncularia racemosa) predominate.

Fauna
The fauna of Haitises is of a great variety and the one of greater national representativeness of all the protected natural areas in Dominican Republic, due to the diversity of its environments. The mammals are present in different species of bats as also in the jutia (Plagiodontia aedium) and the solenodon (Solenodon paradoxus); Both species are endemic and threatened with extinction. As a coastal-marine park, it contains a unique bird fauna, with a majority representation of endemic, native and migratory species that can not be found in the rest of the country. Some of these species are the pelican (Pelecanus occidentalis), the snake (Fregata magnificens), the parrot (Amazona ventralis), the owl (Tyto alba) and the owl (Asio stygius).

Landscape
Haitises National Park contains very impressive landscape elements such as San Lorenzo Bay, the different cays and mangrove populations. Between La Boca del Infierno and El Naranjo Arriba, the Cayo de los Pajaros is located. This is easily recognized by the presence, overflying it at low altitude, almost permanent of the tijeretas and the pelicanos. The tallest trees grow in the center of the cayo, which is the highest part. Copey is dominant and its horizontal branches are used by birds to perch. The fig tree (Ficus aff. Laevigata) and the almond tree (Terminalia catappa) compose the other part of the trees. To visit the park, the most used places are Samana and Sabana de la Mar.

The Excursion to Haitises National Park
Colonial Tour and Travel offers you this ecological and relaxing excursion departing from all the hotels of the different zones of the Dominican Republic, starting from the picturesque and romantic Port of Samana in comfortable and safe boats, accompanied by an expert guide, with lunch and drinks included .

The Excursion to Haitises includes:
This tour is available one day or two days. And combines with the Isla Cayo Levantado
Transportation in comfortable air conditioned buses from the Bayahibe-La Romana, Boca Chica, Juan Dolio, Santo Domingo and Puerto Plata hotels
Approach at the Samana Dock in comfortable boats with all security measures until arriving at Haitises
Walk through mangroves and islets
Accompanying an expert guide
Taxes included
Stay overnight at a Samana hotel (if the tour is for two days)
Delicious lunch buffet on Cayo Levantado Island with all drinks included 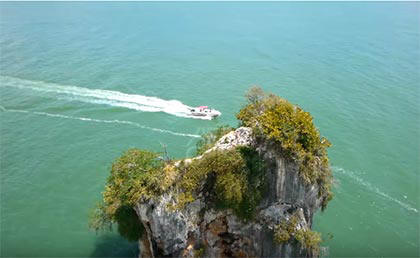 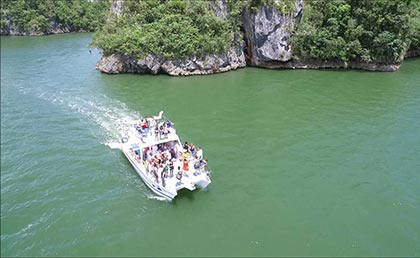 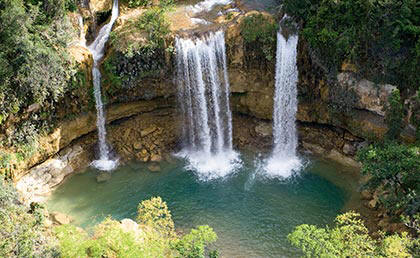 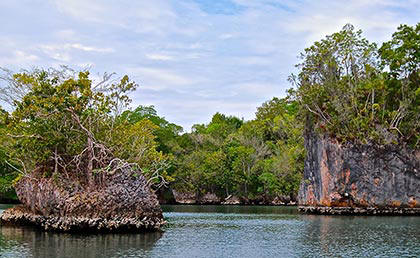 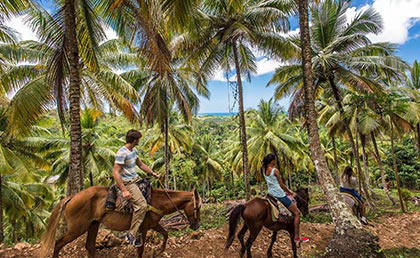 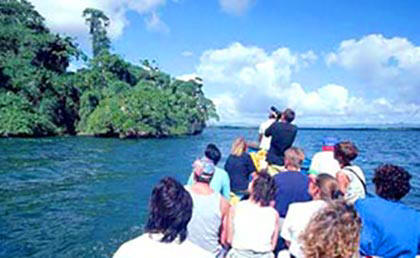